I didn’t even wait for the sunrise. I was up and ready by 5:30 in the morning. I was desperate to leave Kundapur and ride towards Malvan. I left in the dark early morning. Just about half an hour later in the twilight I came across a beautiful view. I was riding on a road stretched as far as I could see. On the left side of the road was Arabian sea. Every successive wave was making desperate effort to touch the road but failed few meters short. And on the right side of the road was a beautiful river flowing silently. I made a symbolic representation of the sight in my head. The sea represented a man trying hard to reach out to a beautiful women beyond a wall. Trying hard to make his presence felt. The women, unaware of the man’s presence, just walked away silently without even realizing that her solace was so close by.

I continued my ride without any stops. I spent hours riding on a winding road with sea in my sight. By noon, I read a sign on the road “Welcome To Goa”. I crossed the Karnataka border and entered Goa. It was getting very hot. I was starving but did not want to stop at Goa for lunch. Basically I didn’t want to get stuck in traffic after lunch, therefore I decided to have lunch once I was out of Goa. The road in south Goa was spectacular. It was so good that I was tempted to get down from the bike and kiss it. Finding such good roads in India is like finding a needle in a haystack. The road snaked through beautiful little villages of Goa. When the road condition turned terrible I realized I was very close to Maharashtra border. I entered Maharashtra and stopped for lunch at Savantwadi.

I was headed to a small village in Malvan called Katta. I was going to my friend’s place. He insisted that I stay at his place instead of booking an accommodation elsewhere. My friend Pravin Akerkar, stays in Mumbai and we’ve worked at the same workplace in the past. His parents stay at their Katta residence. I had been invited to attend Ganesh Festival at their place in Katta long time back. I had loved the entire experience of the festival and the way I was treated like a family member. I had been a fan of entire Akerkar family since then. I had called up Pravin’s dad a day before. He had been waiting for me. He even called me to check where I had reached.

Akerkar’s Place which was named ‘Priya’ is difficult to spot from the main road as it is well hidden behind tall trees. They even have their own garden around the house where they grow vegetables. The village had changed a lot since my last visit. I reached Waradkar High School. I remembered this school from my last visit and it helped me find the place. I asked around for ‘Akerkar Sir’s place’ to few men outside. Pravin’s dad was a principal in Waradkar high school, therefore he was commonly known as ‘Akerkar Sir’ in the Katta village.

I reached Pravin’s home by 4 pm and received warm welcome from his parents. While I was parking my bike Pravin’s dad, I call him Baba, was very enthusiastically narrating my past road trip adventures to his paying guests. Aai, Pravin’s mother, and Baba welcomed me in their home.

Soon, some guests arrived. Among the guests were a newly wed couple who were back from their honeymoon in Kashmir. Baba introduced me to them and told them about my Ladakh bike trip. That got the conversation rolling. Apparently, the guy owned a Royal Enfield therefore was a biker already. He told me that he loves to ride but can’t think of making such long trip all alone. He told me about his friend who does solo trips on his bike. The discussions with the guests went on long. Some of which I could not understand as it was out of context for me. They all left to catch a bus to Mumbai.

The dinner was delicious malvani style fish curry and fried fish. I love malvani food and love it more when it is home made. Pravin’s mom makes delicious food. Me, baba and aai engrossed in our conversation. I had met them after a long time yet it felt like being with my own family. 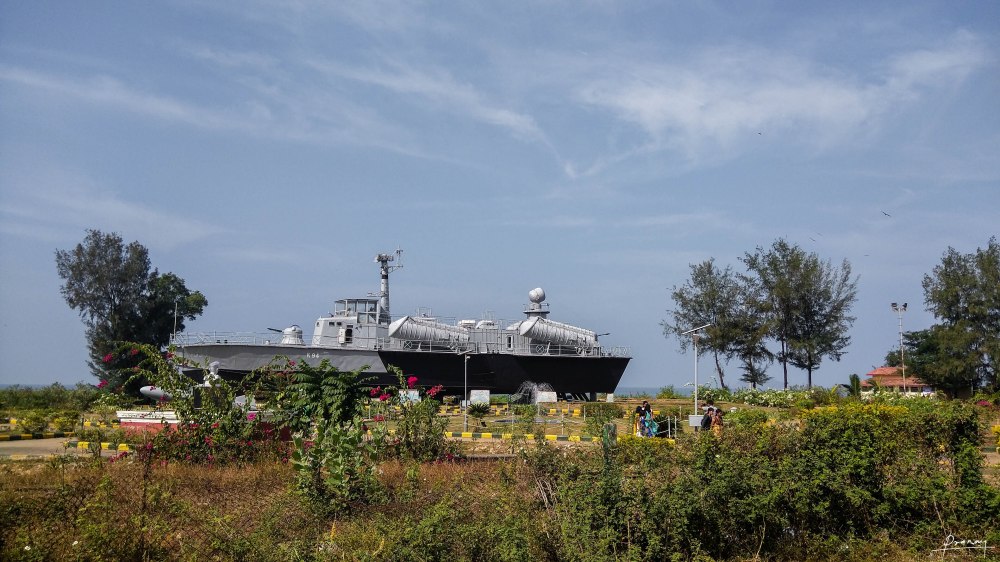